Here is an update on some of the doings at Pacific Distillery. If you've followed our Facebook posts you would know that we have been working on creating a brandy that is made in the accordance to the esteemed distillers of Cognac, France. As of now we have two years of Cognac-style brandy aging in the barrels. We hope to release the first batch in early 2018, with another release in 2019. We also are working at making some cocktail flavoring bitters. We have recreated three distinct bitters from the 19th century. In the parlance of old bitters manufacturers, we have created an Aromatic bitters, Citrus bitters, and a "Tropical" bitters. We are currently working through the government approval process on these bitters, and have yet to give them commercial names. Also, we have gone forward with a new bottle type for our Voyager Gin and Vodka. This new bottle is easier to grip and pour, and has a more "modern" spirits look to it. And last, but not least, we are in the process of releasing a "white" or "la bleu" absinthe. Look for it in the new year.
Cheers,
Marc 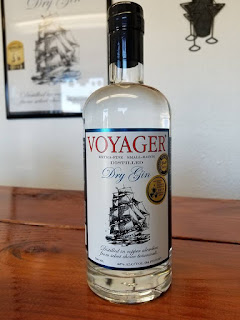 Posted by Marc Bernhard at 3:04 PM No comments: 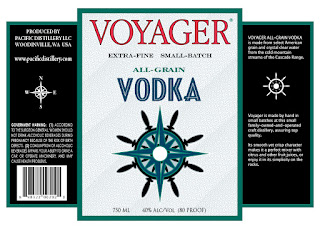 Well, it's time we dusted off this blog. There are some interesting things happening at the distillery and in addition to posting on our Facebook page, we plan on providing more in-depth discussions of distillery happenings on this blog. Here is a label from our latest product, Voyager Small-Batch Vodka. We created this vodka soon after we opened our tasting room in June of 2014. At that time we only made or Pacifique Absinthe and Voyager Gin. Many of our visitors were requesting vodka so we decided to make one for them. It is available at our tasting room and a few select bars and retailers in Washington State.

Posted by Marc Bernhard at 1:31 PM No comments: 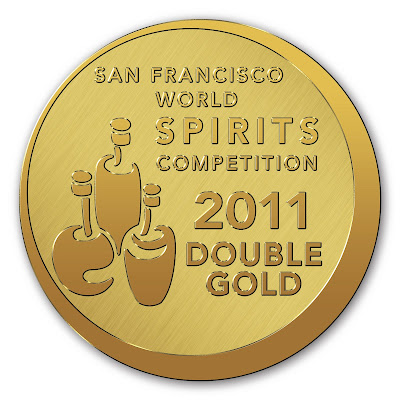 We are very please to announce that Pacific Distillery has struck Gold...Gold Medals that is, in this year's San Francisco International Spirits Competition. Voyager Gin was awarded a Double Gold Medal and Pacifique Absinthe was awarded a Gold medal. We are proud that Voyager Gin was one of only five Double Gold medals awarded. To win a Double Gold, all the judges must award the spirit entrant a Gold Medal. The San Francisco International Spirits Competition is considered the most authoritative and definitive spirits judging competiton in the world. Over 1100 products from 61 different countries were entered. Judging is based on a blind consensual procedure ensuring competitive integrity, making this the most reputable and recognized competition in the spirits industry. More information can be found here: http://www.sfspiritscomp.com/
Posted by Marc Bernhard at 7:24 AM 2 comments: 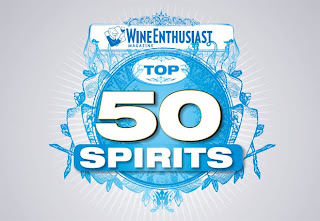 In the upcoming issue of Wine Enthusiast Magazine, Pacifique Absinthe has been chosen to be included in the "Top 50 Spirits of 2010." We can't begin to describe how we feel about this honor. It was less than two years ago that we distilled our first batch of Pacifique Absinthe and we couldn't be more proud. I encourage all of you to check out this link and perhaps pick up an issue of the magazine when it becomes available. The description of Pacifique Absinthe is thus:
91 Pacifique Absinthe Verte Supérieure
(Pacific Distillery LLC, Woodinville,
WA, U.S.); 62% abv, $64. Yellow-green color
and a pronounced citrus/lime and vegetal fennel
aroma. Viscous, thick mouthfeel and strong alcohol
sting prior to louching. Initially, this absinthe has a
tart flavor, although ice water coaxes out more
herbal and grassy notes and the lingering finish is
smoothed with a touch of anise sweetness.
http://www.winemag.com/Wine-Enthusiast-Magazine/December-15-2010/Top-50-Spirits-of-2010/
Posted by Marc Bernhard at 11:29 AM No comments:

Well, it's time to update this blog. We've been so busy with our herb harvest and ramping up production that this blog needs some shaking up. With that in mind, I'd like to let you all know about an event we are very excited about. We are teaming up with Italianissimo Restaurant in Woodinville for an event of note. Italianissimo will be featuring Voyager Gin and Pacifique Absinthe cocktails paired with some very exciting dishes all for only $15.00! All of us from Pacific Distillery will be there to meet Italianissimo's guests and chat about our spirits and food pairings. For further information or to make reservations go to:
http://www.italianissimoristorante.com/events/1020-pacific-distillery-shakes-up-or-muddles-wine-wednesday.html
Posted by Marc Bernhard at 8:37 AM No comments:

Hey everyone,
Pacifique Absinthe Voyager Gin will be on the TV! You can find them featured on "Hotmixology" which will be on the Fox Business Network beginning tonight. For 3 episodes over the next 3 weeks, Hotmixology will have some views of Pacific Distillery's products.
The times are all Pacific Standard Time (I guess you can add or subtract hours to find your local time zone).
Monday (tonight) 10:30PM
Tuesday 10:00PM
and Thursday 1:30AM (actually Friday morning).
And eventually those episodes will be on the Hotmixology website in the next few weeks.
www.hotmixology.com
Posted by Marc Bernhard at 8:26 PM No comments:

Preservation Kitchen does it again...

...having another Pacifique Absinthe event that is.
Since Preservation Kitchen sold out the last event and had to turn away many nice folks from this event, they have decided to hold another. The event will be held next Saturday, July 17th from 6:00PM to 8:00PM in their bar. It will feature 3 classic cocktails that feature absinthe along with 3 small plates, all for the incredible price of $18.00. Voyager Gin cocktails will be available also. It will be another great event and us folks from Pacific Distillery will be on hand to meet you and chat about our spirits.
www.preservationkitchen.com/events.html
In addition to the food and drink, Preservation Kitchen will be hosting an art show featuring the art group, "Artist with an Attitude."
http://www.painterswithissues.blogspot.com/

Posted by Marc Bernhard at 12:35 PM No comments: